Canadian-Norwegian mezzo-soprano Kiiri Michelsen is a versatile performer, praised for her "lovely warm voice and excellent technique".  Since her first singing stage role at age 16, her love of performing vocal music in various genres has only grown over the years.  From Bach to Brahms, Grieg to Gershwin, Vivaldi to Weill, Kiiri is equally at home in repertoire from the Baroque to the contemporary.  Her interest in performing contemporary classical music has led to collaborations with composers on new works written for her voice, as well as other premieres.  She has premiered works by, among others, Liova Bueno, David Loeb, and Anna Höstman.  In addition to her performances as a 'serious' classical singer, Kiiri's fondness for performing in lighter repertoire and non-classical styles means she can also be heard singing in shows with repertoires such as the American Songbook catalogue, Broadway hits, British popular songs from wartime eras, and French chansons.

In staged performance, Kiiri has enjoyed inhabiting various roles.  Whether in full productions, staged scenes, or innovative approaches to art song, she has relished her time spent as Hermia (A Midsummer Night's Dream), Lucretia (The Rape of Lucretia), Ottavia (L'incoronazione di Poppea), Carmen (Carmen), Hansel (Hansel and Gretel), a cabaret singer (Schönberg cabaret), and others.  She also premiered The Young Lady, a leading role in Höstman's chamber opera "What Time is it Now?" in a CBC Radio/Victoria Symphony celebration of Canadian poet P.K. Page.  In recent seasons her focus has been on concert and recital repertoire, highlights of which have been period-performance Bach (St. John Passion, various cantatas), Handel's Amarilli vezzosa, Jephtha, Solomon, and Messiah (alto solos and, for a gender-bender version, the bass arias), art song repertoire in various languages, and lighter selections including Gershwin, Porter, Piaf, and others.  Kiiri is an avid promoter of the enchanting but lesser-known art song repertoire of Scandinavia, and delights in expanding awareness of this wonderful music and its languages through her performances and coaching work. One of Kiiri's most recent performance projects was as writer and performer for Storytime Songs, a concert experience in collaboration with baritone Nathan McDonald, in which art songs are woven into a newly written fairytale as a way to introduce children to classical music.

Kiiri has sung under the direction of, among others, Timothy Vernon, Steven Devine, János Sándor, Marc Destrubé, and Tania Miller, and has collaborated with musicians such as Frank Chu, Melanie Cancade, Douglas Hensley, Peter Dent, and Patricia Kostek.  She has performed in concert with various ensembles and concert series, including the Victoria Baroque Players, the Victoria Choral Society, the Victoria Symphony, the Pacific Baroque Festival, and the MADDWEve Hornby Island Recital Series.

Kiiri comes from a rich musical background: as a youngster she sang in choirs and played piano, violin, saxophone, and trombone before choosing to pursue post-secondary training in piano and voice.  Kiiri holds a Master’s Degree in Vocal Performance (secondary focus: Musicology) and a Bachelor’s Degree in Music with Distinction (Piano/Voice, with a special interest in collaborative piano and chamber music).  Her vocal training has taken her to various locations nationally and internationally for workshops and professional development courses, including among others Opera NUOVA, the Vancouver International Song Institute (Theatre of Art Song), CAMMAC Intensive Vocal Workshops (Montreal), the North Sea Vocal Academy (Denmark), VCM's Opera Studio, and the VCM Oratorio Program.  Kiiri is honoured to have done extensive vocal work - which has had a profound influence on her as both singer and teacher - with several of Canada's leading singers and pedagogues, most especially: Jan Simons (Montréal), Cathérine Sévigny (Montréal), Benjamin Butterfield (Victoria), and Nancy Argenta (Victoria).
From work in intensive training programs, coachings, and masterclasses, those whose guidance remains ever fresh for Kiiri include: Audrey Hyland (U.K.), Ingrid Attrot (Victoria), Michael McMahon (Montréal), Robert Holliston (Victoria), Selena James (Victoria), Noelle Barker (U.K.), Kristen Bühl Møller (Denmark), and Rebecca Hass (Victoria).

Kiiri is based in beautiful Victoria, B.C., Canada, where she lives with her composer husband and budding musician daughter. 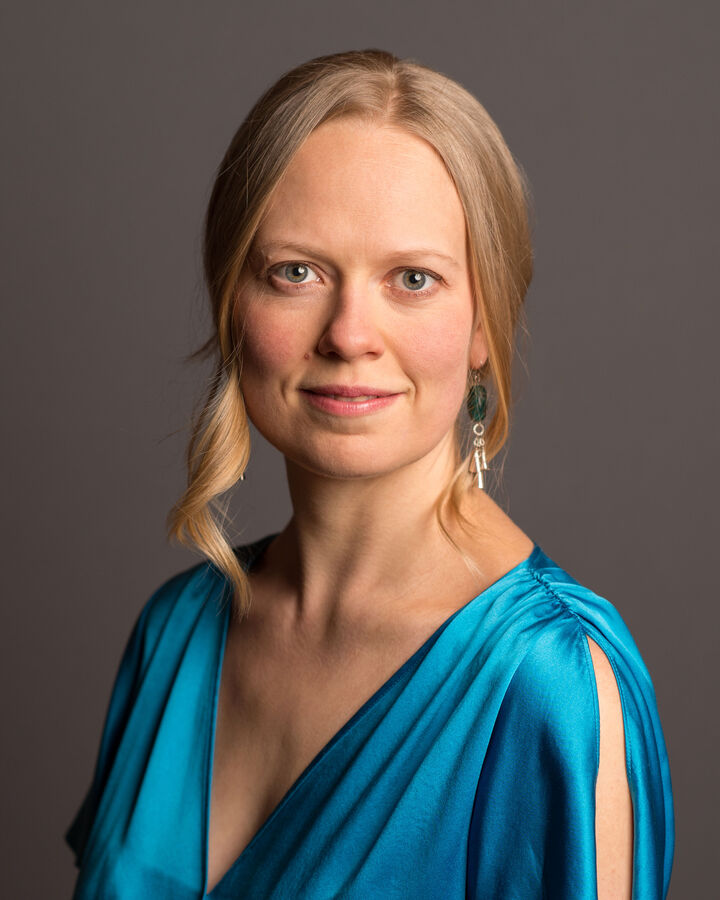 “Then came the revelation of the evening: the singing of Kiiri Michelsen...You need to hear this young woman sing…”

“Of the singers we heard this evening, she definitely has the best chops…”

"The sonorities and shapes of words and their sounds are to the singer what steps and patterns are to the dancer and what colours and strokes are to the painter." 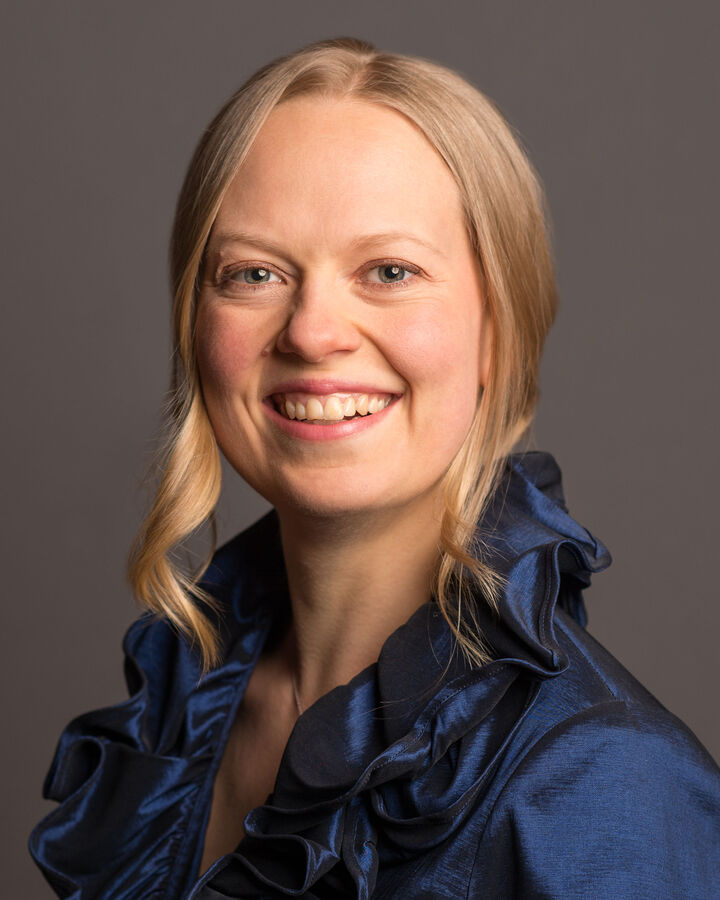 Kiiri has researched lyric diction and coached repertoire in:

Growing up in a multi-lingual family, Kiiri has always been a polyglot at heart.  Her infectious passion for languages, exacting attention to detail, and many languages coached have led her to gain the reputation of "diction guru" with colleagues and students alike.  Sought after to coach soloists, choirs, conductors, and vocal coaches, Kiiri enjoys working with anyone looking to improve their ability to sing or teach authentic language sounds clearly, correctly, and expressively.  Kiiri's unique blend of skills as singer, voice teacher, diction instructor/researcher and coach have enabled her to develop a highly specialized and effective method of diction coaching which yields high-level results in singers of all levels.  Her precise and intuitive guidance on articulator placement/function combined with knowledge of lyric diction conventions past and present leads singers to find enhanced precision, nuance, and authenticity with maximum vocal ease.  Her coaching is in demand for a wide array of languages and dialects, and her services as "Diction Technician" are requested by those looking to polish and perfect familiar languages, learn new ones, improve their lyric diction teaching, or even request research into lyric diction for an uncommon dialect or language.

Kiiri speaks English, French and Norwegian, and has studied various other languages, either as part of her formal studies (German, Italian, Spanish) or as part of her ongoing language/lyric diction research (Swedish, Danish, Finnish, Czech, Latin, Galician, Brazilian Portuguese).

One of Kiiri's particular passions is her specialisation in the nascent field of lyric diction research/coaching in the Scandinavian languages (Norwegian, Swedish, Danish).  She enjoys introducing singers to the wonderful Scandinavian repertoire, and giving them the tools with which to sing in these beautiful languages with ease and confidence.   Kiiri has been the recipient of a Social Sciences and Humanities Research Council (SSHRC) Grant for Scandinavian music research, and has twice been awarded scholarships from the Canadian-Scandinavian foundation in supported of her Scandinavian language and lyric diction research/studies in both Norway and Denmark.  She is presently engaged in a long-term research/writing project relating to lyric diction in Norwegian, Swedish, and Danish.

Coachings can be booked one or several at a time, for a full term, or for longer-term diction work/repertoire preparation.

The ultimate goal of Kiiri's teaching approach is the discovery of each singer’s unique sound.  In search of this, the journey she leads her students on focuses on the development of healthy technique through the elimination of physical tension patterns and emotional/mental blocks, the freeing of resonance, and the establishment of physical awareness and co-ordination of the various vocal/breath mechanisms in the body.  Developing each singer's body awareness is an integral part of her teaching, and her own experiences studying and practicing Alexander Technique (in the context of both voice and piano), yoga, and various types of dance influence the ways Kiiri works with students to increase their discovery, awareness, and enjoyment of the physicality of singing and resonance.  Also, her knowledge and experience as a diction coach/instructor in various languages enable her to integrate high-level lyric diction work into her lesson teaching.   Although much of her post-secondary teaching focuses either on the classical or musical theatre repertoires, Kiiri also has experience teaching other styles including jazz, folk, and popular music.  Having spent a decade as a soprano before switching to the mezzo-soprano fach/repertoire has also given her a broader personal experience with vocal malleability and shifting techniques, which lends flexibility to her teaching approach and methodology.  She is a registered member of the National Association of Teachers of Singing, and is on faculty at both the Victoria Conservatory of Music (VCM) and the Canadian College of Performing Arts (CCPA).   She teaches voice for the VCM/Camosun College post-secondary music diploma program and the VCM community school, presents lectures and masterclasses (Post-Secondary Diploma in Music Performance, The Young Artists Program: Collegium; Community School masterclasses), and is a diction instructor and coach for VCM post-secondary students and the VCM's opera training program, Opera Studio.  As a faculty member at the Canadian College of Performing Arts (CCPA), she teaches voice and does diction/dialect coaching for musical theatre repertoire. 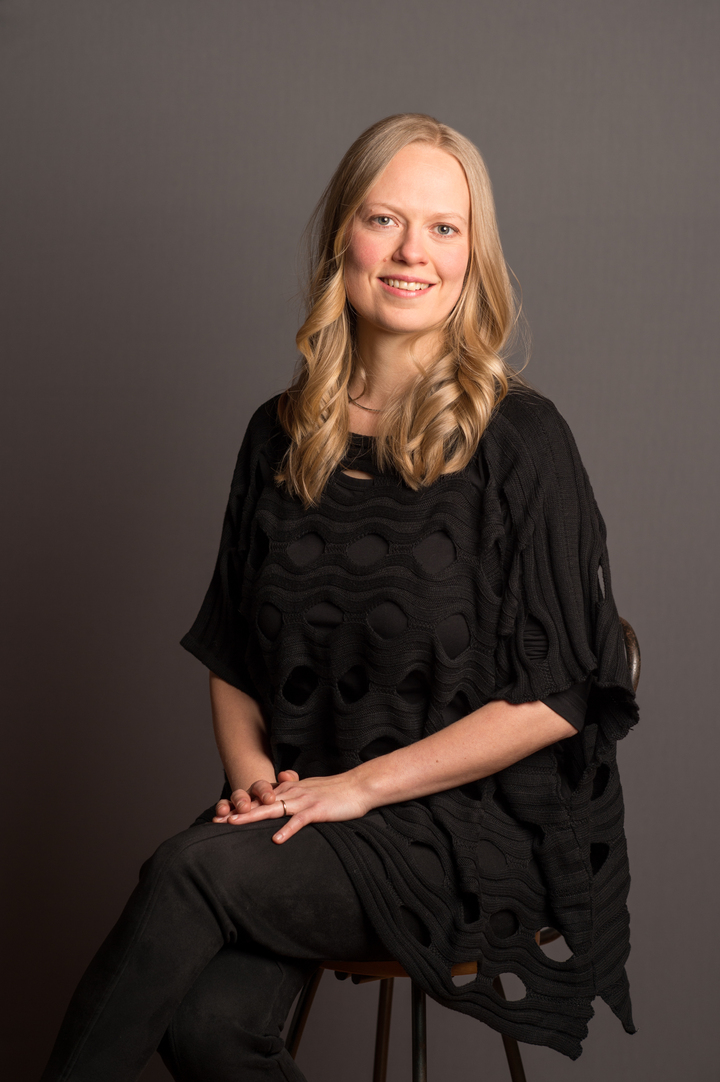 Kiiri discovered her aptitude and passion for teaching in the 1990's, and in the decades since, her dedication to teaching has only grown.  Kiiri's varied musical experiences as both instrumentalist and singer ground her teaching approach in an understanding of diverse musical roles and styles, and her dual background in voice and piano has been an enjoyably complementary combination for her identities as both performer and teacher/coach.  Although her primary instrument studies were in voice and piano, she has also played violin, jazz trombone, and alto saxophone.  Kiiri holds a Master’s Degree in Vocal Performance (secondary focus: Musicology) and a Bachelor’s Degree in Music with Distinction (Piano/Voice, with a special interest in collaborative piano and chamber music).

Kiiri has taught in both Victoria and Montreal, both privately and on faculty at various music schools.  Past teaching positions (voice and piano) have been at Sidney Community Music School, Brentwood College School, and Con Brio Music School.  Kiiri no longer teaches piano but specialises exclusively in vocal pedagogy and diction/accent-related teaching, coaching, and research.  Her students have successfully auditioned for university/college vocal programs, vocal training courses, auditioned choirs, and opera and musical theatre productions.

In addition to her voice lesson teaching, Kiiri holds the position of Diction Instructor in the VCM/Camosun Music Diploma program, and coaches lyric diction in various languages. She also does diction/dialect coaching for musical theatre at the Canadian College of Performing Arts.  For more information about diction/dialect coaching/teaching, click here. 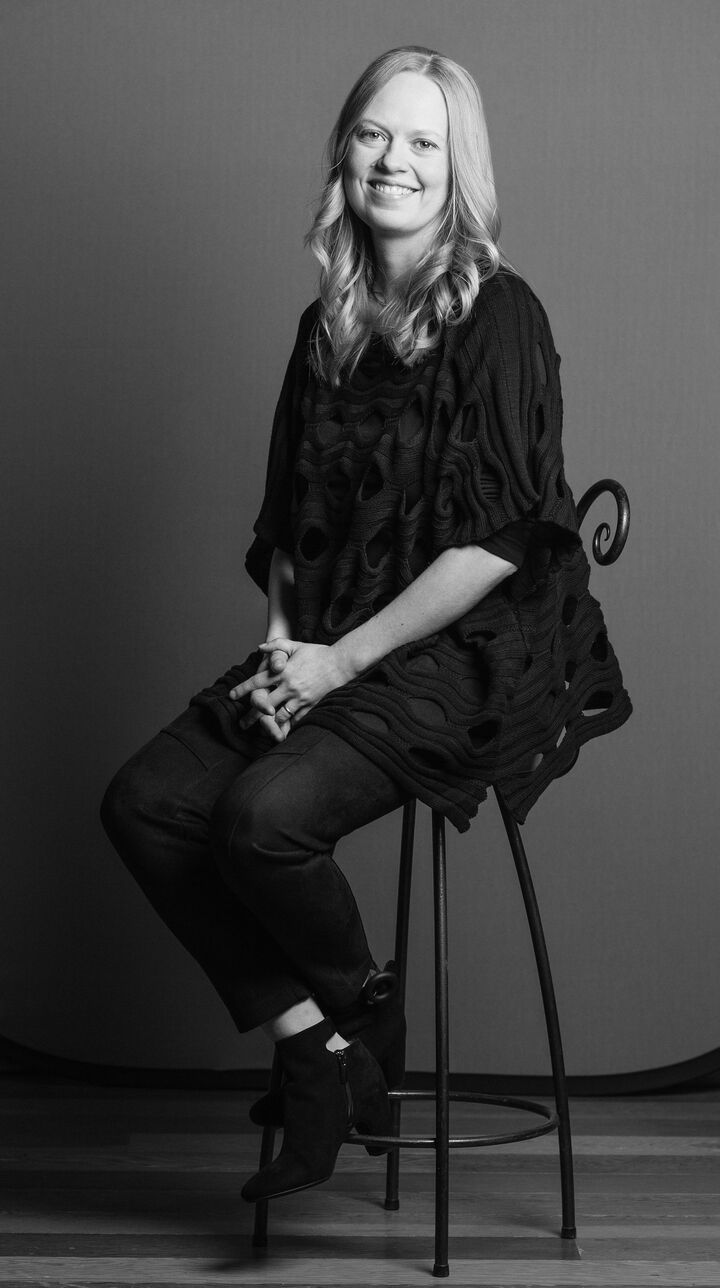 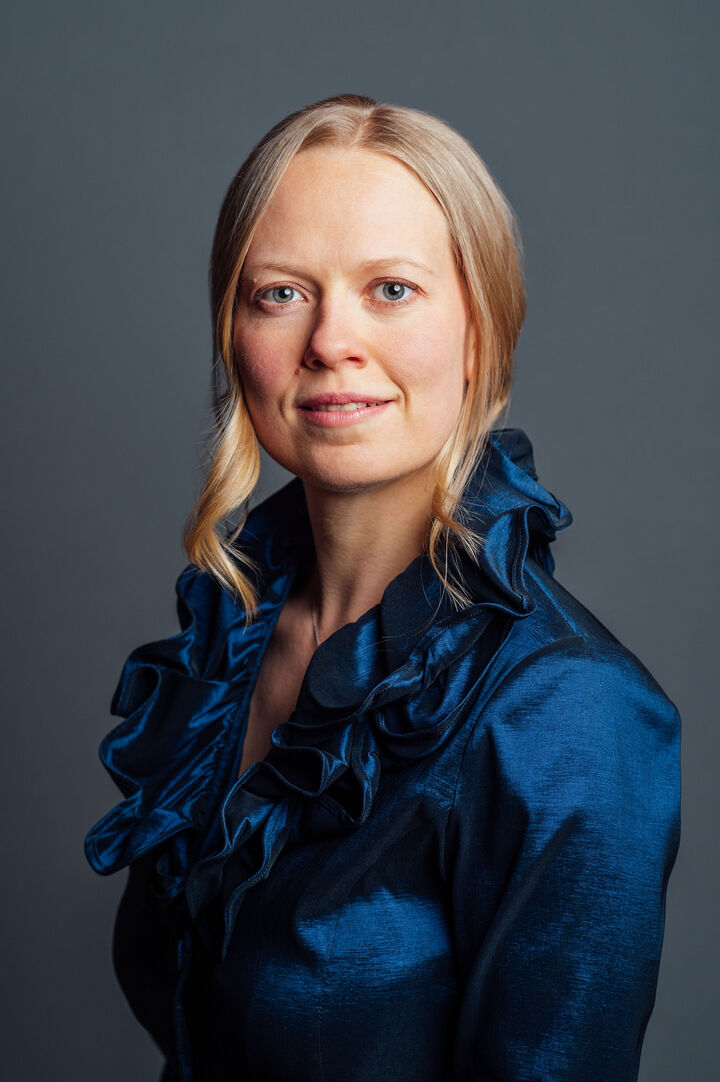 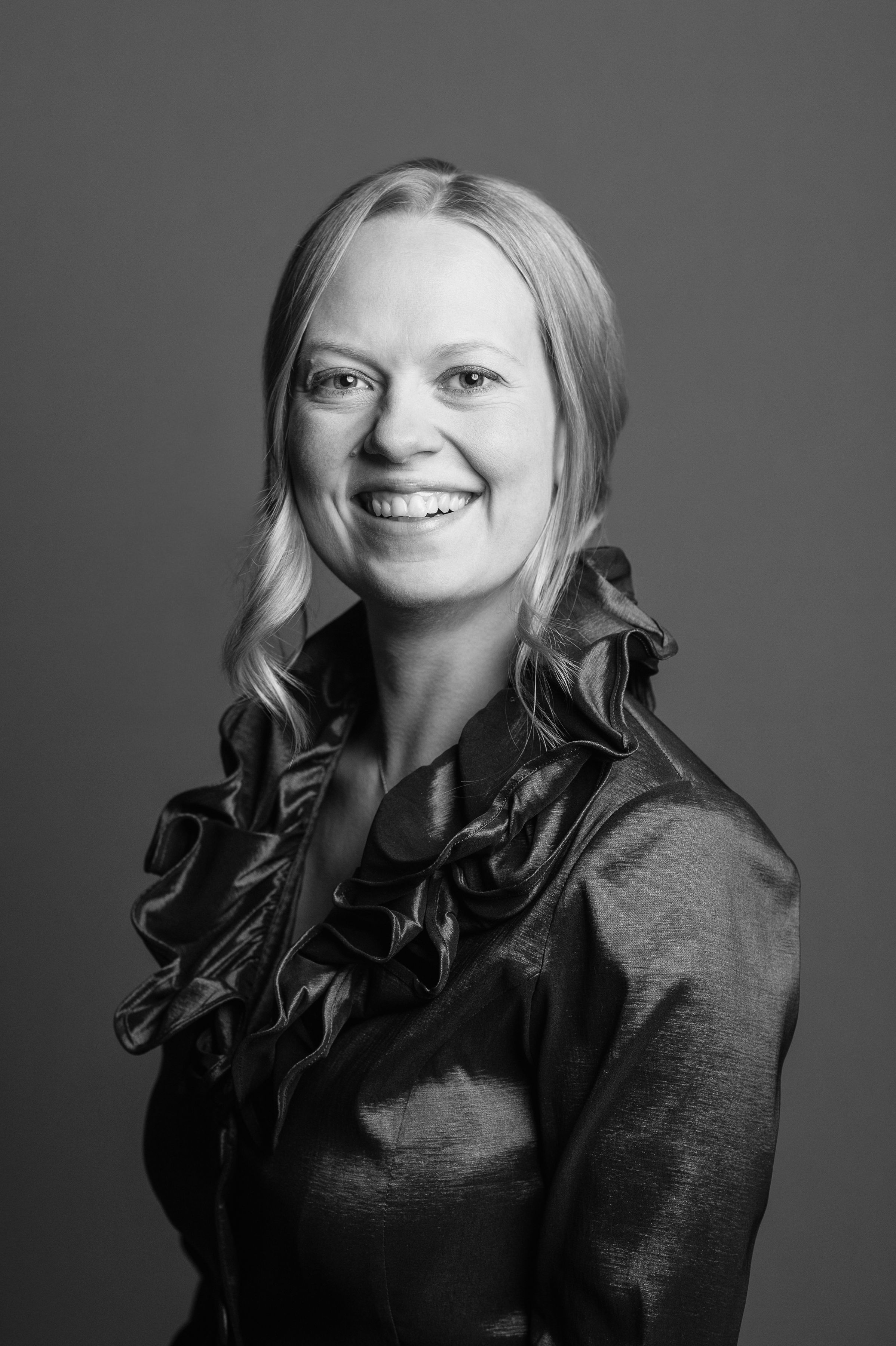 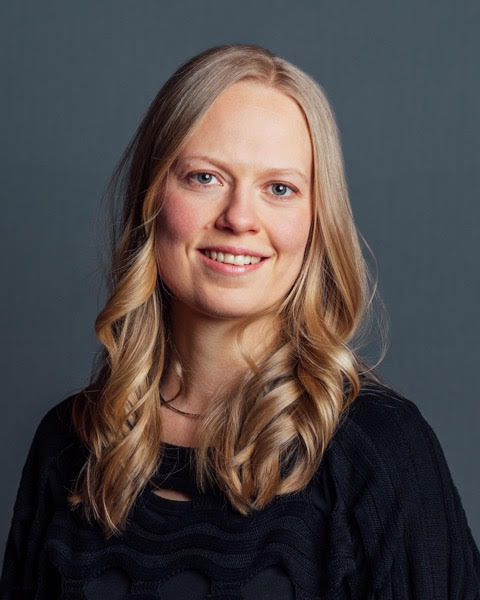 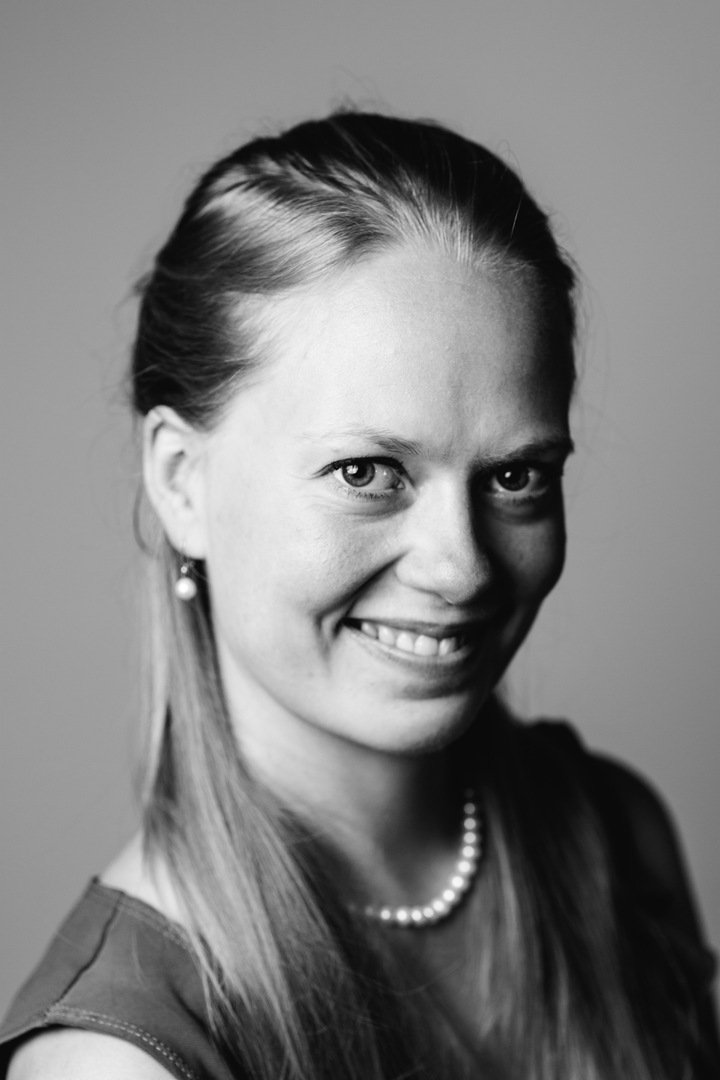 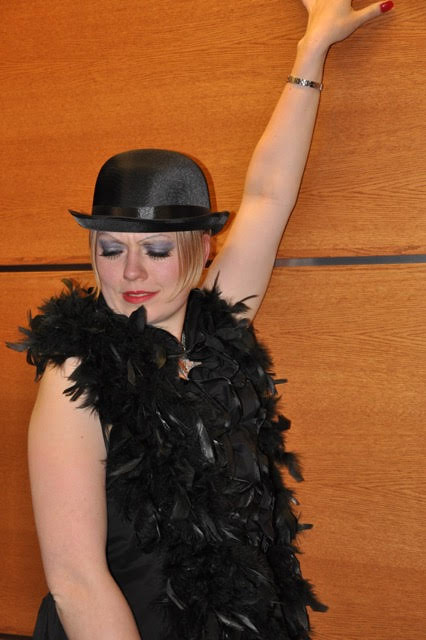 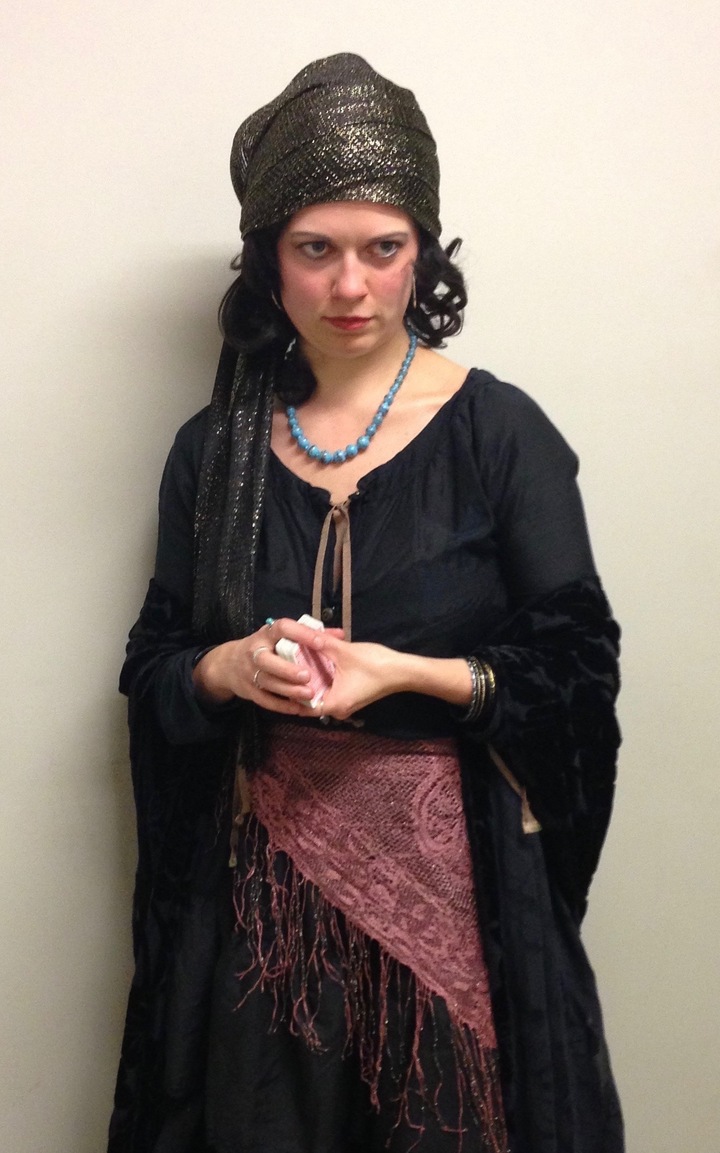 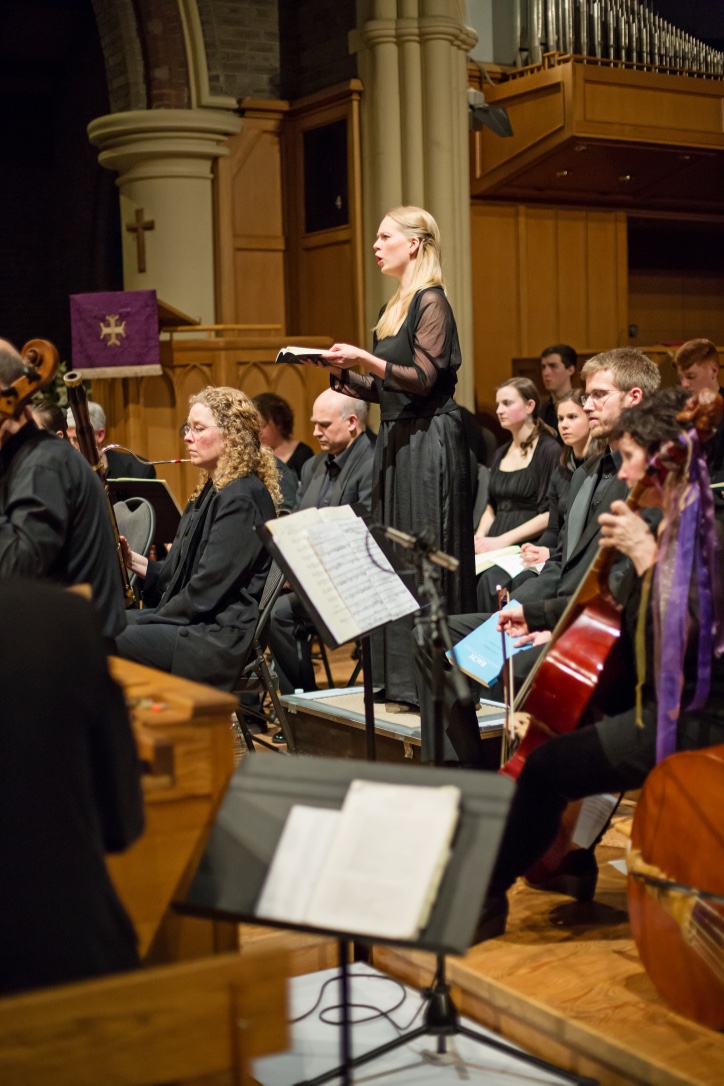 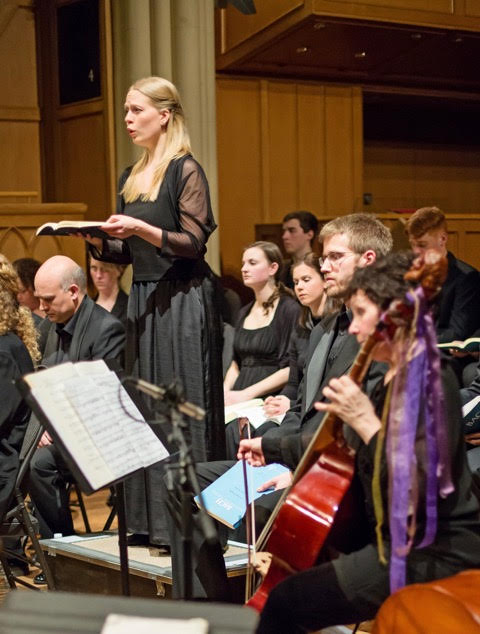 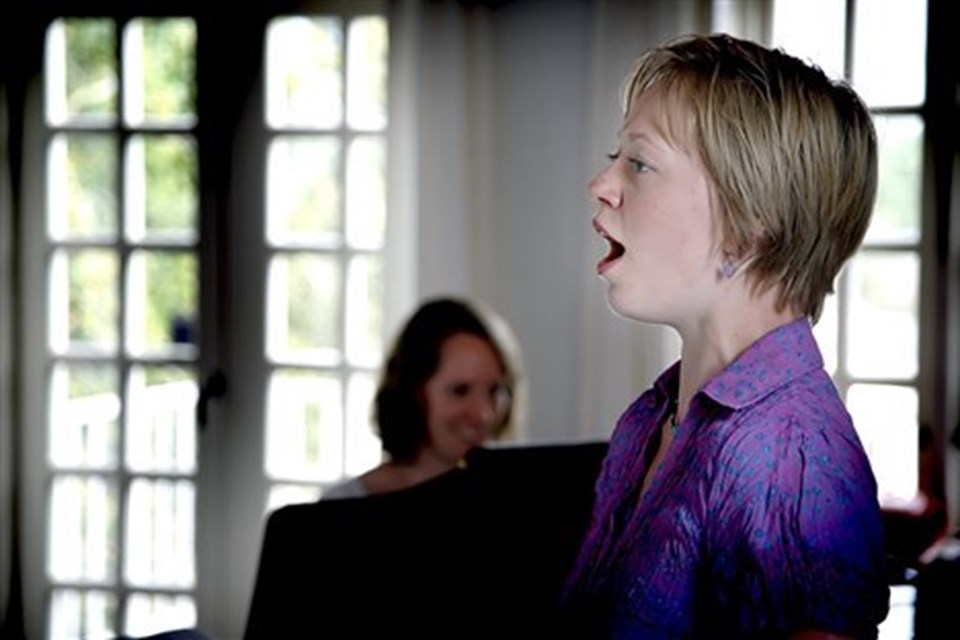 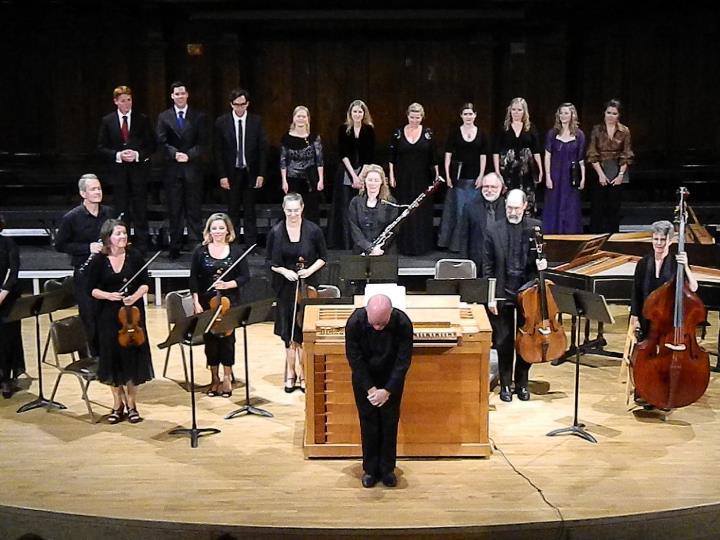 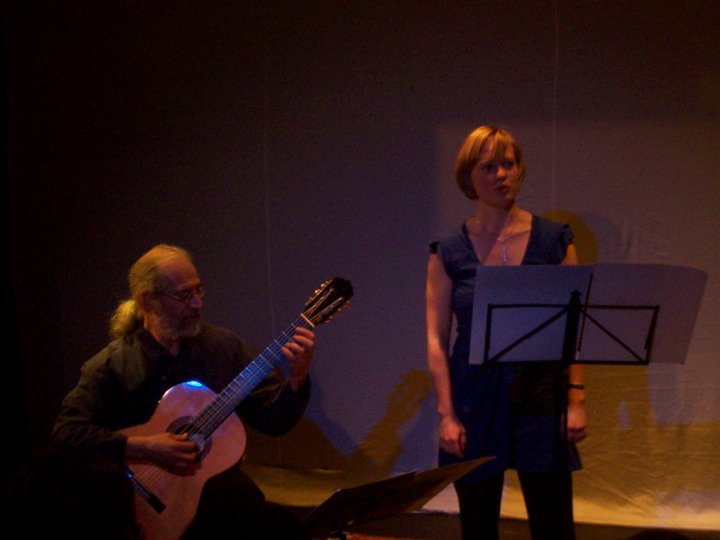